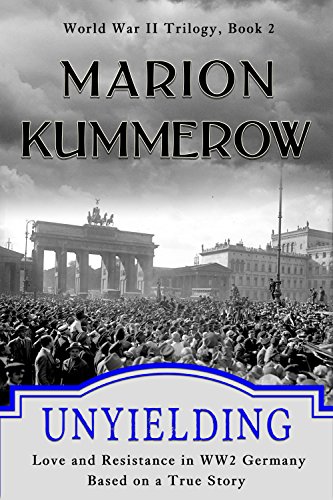 I read and reviewed the first part in this trilogy “Unrelenting” on this blog and interviewed Marion as well.

Finally I managed to catch up with the series and find out where the story takes our protagonists.

The novel begins with the wedding of intelligence agent Wilhelm Quedlin to Hilde Dremmer in 1936. “Q”, as WIlhelm is called, is part of the resistance against Hitler, but things become more tricky as the Nazi power grip intensifies.

Their honeymoon to Italy is somewhat cut short when the political developments in Europe and Germany catch up with them and force them back into the resistance work.

The book focuses much on the romance and feelings between the couple as well as on the historical aspects. The characters are easy to engage with and the difficulties and dangers of resistance work are well researched and documented. On the shorter side of a novel…