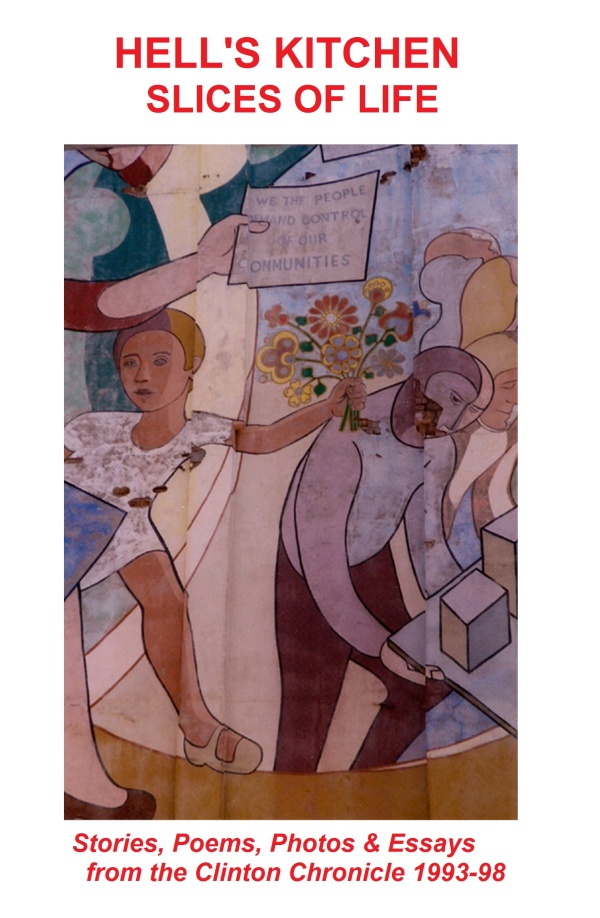 In 1999, I published Hell’s Kitchen: Slices of Life, a collection of stories, poems, and art from Manhattan’s famous West Side neighborhood. Hell’s Kitchen is bordered on the east by Times Square, the Broadway Theater District and Fashion Avenue, on the west by the Hudson River, on the north by Columbus Circle, and on the south by the Chelsea neighborhood. I lived in HK for twenty years, working for community organizations. In January 1993, I started a monthly newspaper, the Clinton Chronicle, which I edited and published until early 1998. These stories, poems, essays, photographs, and artwork are drawn from editions of that paper.